“Others have said” is the new sleazy tactic of political attacks 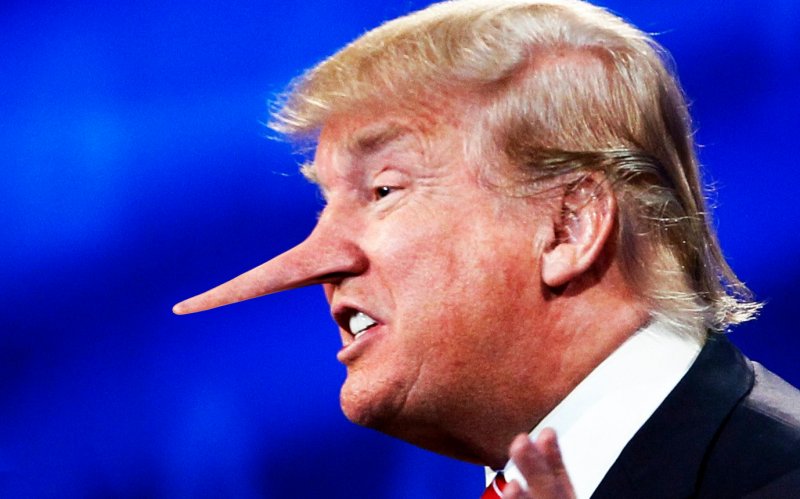 I am sure that everyone who is reading this post is fairly intelligent.  There are varying degrees of intelligence, but on average I would think most people have enough intelligence to comprehend some slimy tactics in our new politics.

However, there are some low-end trash politicians that are so intellectually dishonest that it really is an insult for all the voters they want to garner support.  The English language is fascinating in that if someone wants to pivot from a position, the nuances they speak gives them cover.  That is the traditional way a politician could flip their position and still have some degree of credibility.  Not now.  That old fashion political speak has morphed into a new dandy way to try to trash their opponent.  Just allude to something and take yourself away from its origins.

So, this is how it goes.  A politician (ok..full disclosure it is Donald Trump) will say “Others have said that Ted Cruz is not a legal citizen of the United States.”  Hmm?   Ok.  I am listening.  Seems like he is making an accusation.  Oh no, his new political trickery has wonderful firewalls for the uneducated and manipulatively prone voters. Now, the politician (Trump) is hoping that the reporter is too enamored by him that they will accept the notion verbatim.  These ‘reporters’ are either not well educated and should get into another field quickly, or worse, they are complicit in the deceit to drive up their own ratings of a breaking news story.  Now this story makes a salacious headline and the conversation will revolve around this new accusation.  How juicy!  Wait until the executive producers hear this quote!  Maybe this reporter will get a business perk such as dinner for 6 at Daniels.  This quote is at least worth some escargot and foie gras.

I wonder sometimes if there is a secret pact made by use of a middle man who meets in a side alley with the politician or the journalist (just like motion pictures depict).  It boggles my mind how these ‘reporters’ do not call out these dishonest and manipulative politicians.  The relationships that these reporters need to stay in business is consistent with the politician’s need to set an agenda or send out a trial balloon.  I find myself yelling at the television set when I see this insulting tactic used.

Using the Trump tactic on himself, let’s try this out for size and see if it would work against him.  The Donald would not accept a double standard, so if it is good for the goose, it’s  good for the gander.

Here I go with a back and forth with Donald Trump:

Donald Trump: “Other people say that Obama is a muslim.”  Well of course many people have said that statement.  It was a political strategy to create doubt and fear among the electorate that he was not “like us.”  He was an alien.  Oooh how scary!  “So, Mr. Trump, do you still believe that  Obama is a muslim?”  Trumps replies “I am not saying it, but others are.”

Me: “That’s right. Oh, by the way Mr Trump, other people are saying that your paternal mother was an Orangatang.  Now I am not saying this (Oh how small of me to say something so ridiculous, unbelievable and insulting).  All I am saying is that ‘others are saying it.’ Don’t blame me, I am just the messenger.”

So, where did I get this idea that there was truth that Donald Trump has Orangatang roots?  Easy.  Other people have said it.  Oh, you want to know who?  No no…I am bound to confidentiality to protect my sources.  I guy like me would never do something as unethical as throwing my sources under the bus.  See how impressive and ethical I am!  In fact, I even hesitate to speak these things, but felt that the people should know because I heard it ‘from others.’  Wink-wink!

So who are these others?  Not important.  Why ask such specific questions?  Can’t you just take this at face value? Jesus, not to say something unflattering, but just look at the guy!  The orange hair, the clear lack of advanced intellect to form complex sentences, the baboon style of his character, his hand motions that jerk around like someone linked to the primate community (that dishonest impersonation of a handicap reporter as proof…Trump was just acting as he would in his natural habitat, and not trying to insult the , disabled).

The lowest of low accusations that must be called out harshly

Who the hell came up with this small-minded manipulative gamesmanship?  It seems that either Trump started it or he mastered it.  He has been getting a free pass on every accusation said in the third person and adding ‘other people’ or sometimes ‘many people.’ What is that measurement?  How many people constitutes “other people.”  Being honest, I think you can say just a couple of people.  So, when he says that “other people say ‘the blacks’ cannot succeed in higher end Ivy League schools and they should stay put in lower, more simple language schools,'” could those ‘other people’ be his wife and campaign manager?  Why not? They are ‘others’….right?

Trump says “Many people say that there will never be peace in Israel as long as they do not negotiate seriously and give up all the disputed land.”  He must be correct.  He now went up a level from ‘other people’ to ‘many people.’ He uses this ugly and ‘low intelligent’ technique to backup his own insane argument.  So Donald, who are these ‘many people?’  Let’s assume it is more than 2 but how much more.  He can really use that term even if it was a popular question that is polarizing and get maybe 10% of the world to agree.  Well, that is the fringe of the normal population that knows that there is no proof whatsoever that there will be peace in Israel if only they gave up all the disputed land.  Yes, there are ‘low intelligent people” out there as well as proud anti-Semites.  That is certainly many people.  However, what he is not saying is the truth.  He would have to change that sentence to “an overwhelming majority of fair-minded people do not believe that Israel will finally have peace with their neighbors by simply giving back all the land they claim is theirs and which they won by going on defense to protect their very survival. I know that is incorrect because ‘many people’ agree with me the opposite is true.”

Now that is a sentence you will never hear from the new politicians that use this scummy style, especially Trump who truly created ‘The Art of Deceit.’